The History of Wedding Rings 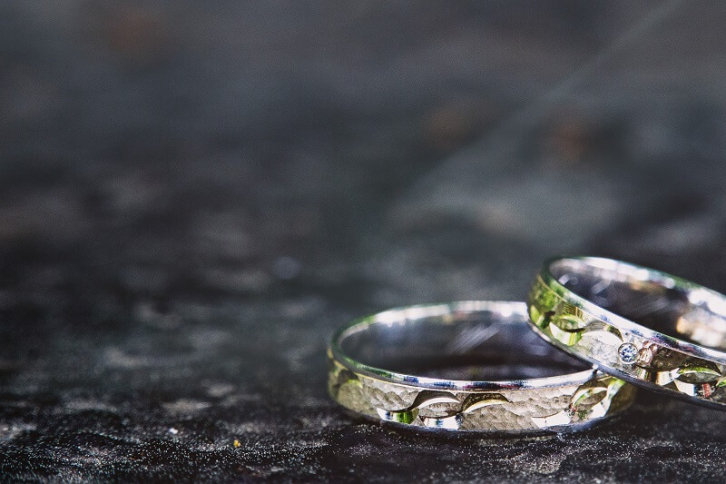 At Smooch, we’re proud to be part of a tradition that dates back thousands of years, and we thought you’d find it interesting to learn about the historical narrative you enter into when choosing your rings.

It’s difficult to say exactly how many years back the custom goes for sure, but many believe that the oldest recorded exchange of wedding rings goes all the way back to ancient Egypt about 4800 years ago. Rather than the metals of today, rings back then were made from sedges, rushes and reeds and papyrus, and they were twisted and braided into rings and other decorative ornaments.

Rings were soon being made from tougher materials such as leather, bone and ivory. The more expensive the material (and thus the higher the value of the ring), the greater the wealth and love of the giver was judged to be. Roman’s later made their rings of iron, which for them symbolised strength and permanence.

Through different stages of history, wedding rings have been worn on different hands and fingers, including the thumb. The romantic Romans, for example, chose to place their wedding rings on the fourth finger of the left hand because they thought there was a vein which ran through it which connected directly to the heart: they referred to it as the ‘Vena Amoris’ or the ‘Vein of Love’. Rather, unfortunately, the vein of love doesn’t actually exist, though it shouldn’t stop us imagining it does :)

A more practical theory is based around choosing the hand and finger that best protects the precious metal. Due to most of the world being right-handed, the ring is less likely to be damaged on the left hand and the fourth finger is probably the least used and best-protected finger on the hand.

And lastly, many of us may know that the circle- with no beginning or end- is the symbol of eternity. But did you realise that the hole in the centre of the ring also had significance? It wasn’t just considered space, but rather a gateway into both the known and unknown. Thus, the giving of a ring signifies never-ending and immortal love.

So there you have it; a few tidbits about the history of weddings rings. And if you’re anything like us, it might humble you just a bit to acknowledge and appreciate that when you’re choosing your rings, you’re adding your story to one of the oldest traditions of humanity.